The Museum of Science and the Cosmos

The Museum of Science and The Cosmos is a unique place, a mixture of traditional museum and amusement park, where visitors have the opportunity to approach the laws and principles that govern Nature, from the operation of their own body Up to the stars.

The Museum of Sciences and Cosmos belongs to the Autonomous Organization of Museums and Centers of the Cabildo de Tenerife. It was inaugurated in 1993 at the initiative of the Cabildo itself and the Canary Islands Institute of Astrophysics. 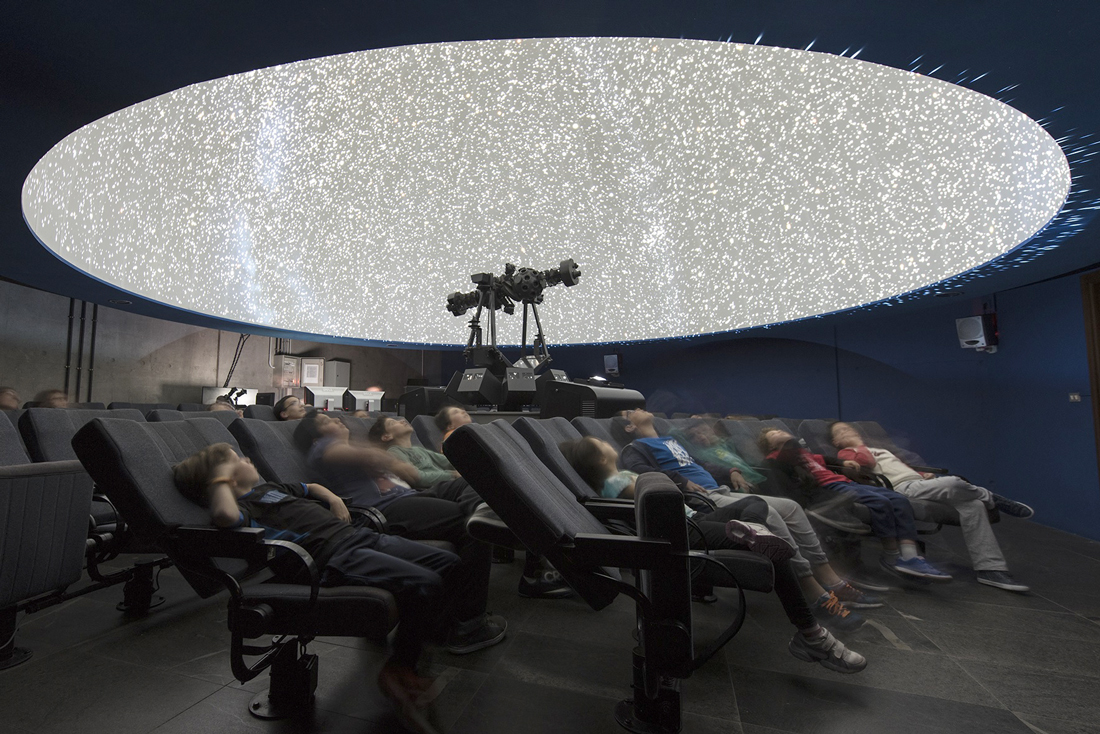 The museum was designed as modern science museum, focused on science communication through interactivity with the displays.

It covers all sciences, with a bias towards astronomy. It has a permanent exhibition that covers such topics as the Earth’s rotation, solar activity (including sunspots and flares), orbits around black holes, as well as more general science topics such as the principles of a lever, how a mobile phone works, and Human organs It also has an astronomy room with models of telescopes such as the Gran Telescopio Canarias, and the Teide Observatory and Roque de los Muchachos Observatory.

The Planetarium of the Museum has been present since its opening, being one of the areas that has most renewed its offer, both in equipment and projected productions.

Equipped with two different projection systems in its 6.5 m diameter dome, it offers all the quality of the GOTO GE II optical sky, with more than 2,800 stars, and the 360º digital projection of DIGISTAR 5. This latest equipment recently renovated, It is one of the most modern of its kind allowing to surround the viewer and recreate any point of the Universe.